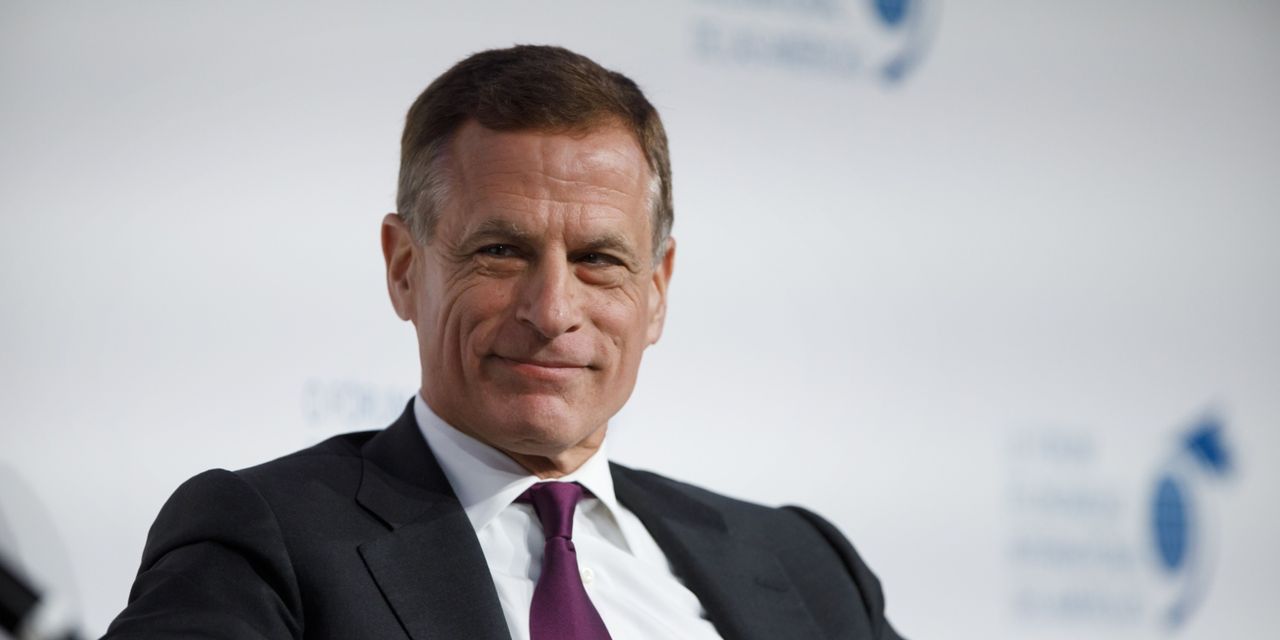 Dallas Federal Reserve President Robert Kaplan on Tuesday argued again, in an interview with MarketWatch, for beginning a conversation about the central bank’s taking its foot off the gas in its support for the economy.

Kaplan said he has greater confidence than he had three months ago that the economy is weathering the pandemic and is on track to meet the Fed’s goals of full employment and price stability.

The Fed has been buying $120 billion per month of Treasurys and mortgage-backed securities, and has kept interest rates close to zero, in an effort to support the economy.

In December, the Fed said it would continue asset purchases until the economy reached a benchmark of “sustained further improvement” in meeting its goals of full employment and 2% long-run inflation.

“A lot has changed since December,” Kaplan said, pointing to strong fiscal policy actions, a relatively swift rollout of vaccines, and improved mobility and engagement of Americans in the economy.

“I think it will make sense to at least start discussing how we would go about adjusting these purchases and start having those discussions sooner rather than later,” Kaplan said.

Last week, Fed Chairman Jerome Powell said the economy is not close to “substantial further progress” benchmark given as a prerequisite for the Fed’s tapering its assistance to the economy.

In the interview, Kaplan said he thought the phrase substantial further progress referred to an economy “on track” to meet the bank’s employment and inflation goals and also a sense that the economy has weathered the pandemic. “At least for me, I have better visibility and have more confidence that we can at least see light at the end of the tunnel in terms of reaching that benchmark,” Kaplan said.

The Fed should begin to discuss the benefits of the purchases and the “costs and side effects” which include excesses and imbalances in financial markets and housing markets, he said.

“I do think it’s wise for us to acknowledge that purchases of Treasurys and mortgage-backed securities are one of several factors” affecting valuations in financial markets and the housing market.

“There will be a debate of what meets that benchmark, and we’ll debate it out,” he said.

Kaplan said he did not know whether the Fed would start a conversation about tapering its asset purchases at its next policy meeting in mid-June. He said it would be a “group decision.”

See: Fed’s Williams says inflation to top 2% for rest of the year but decline after economy is recovered

Barkin told CNBC that, for him, a key metric for the economy was the employment-to-population ratio, which has made only “modest progress” toward recovering from the depths of the pandemic.

Kaplan said there is a “fog” around labor-market participation rates. Some workers have retired, some women are staying at home caring for children, and some low-paid workers don’t want to return to frontline work at a low wage. These reluctant workers are currently getting unemployment benefits and have a capacity to be patient, Kaplan said. “All these factors are frictions in the labor market. They’re not indicative of lack of availability of jobs,” Kaplan said.

“I think it’s going to take a while for the fog to clear on the participation rate,” Kaplan said.

Rising inflation is on investors’ minds as the economy reopens. Fed official have downplayed the risk that the economy might overheat even with all the fiscal stimulus and easy Fed policy.

On Monday, in comments echoing Powell, New York Fed President Williams said he expects inflation to “run above” the Fed’s 2% target this year but to subside next year.

Kaplan told MarketWatch he was unsure how inflation would behave in 2022.

He said his business contacts are no longer sure that the supply-demand bottlenecks leading to higher prices would be resolved this year. “A number of them are a little less sure now. The time frame is getting pushed back,” he said.

Businesses are struggling to meet strong demand, he said.

“One of them said it is like trying to walk up a down escalator,” Kaplan said.

Based on his overall assessment of the economy, Kaplan said he believes the Fed will lift interest rates off zero sometime in 2022. By then, he thinks the economy will meet the new Fed framework’s three goals: full employment, inflation running at 2% and evidence observable that inflation will run moderately above 2% for some time.

Earlier Tuesday, Treasury Secretary Janet Yellen said the Fed may have to raise interest rates to make sure the economy doesn’t overheat.

Read: Yellen says interest rates may have to rise ‘somewhat’

“Based on my forecast, that will happen in 2022,” Kaplan said, adding, “we have time to judge that and see how the economy evolves.”

Most Fed officials don’t foresee an interest-rate hike until after 2023.

Kaplan said it makes sense for the Fed to be less pre-emptive than it has been in the past. However, he noted the Fed could remain “highly accommodative” without keeping rates pegged at zero.

“There will be a point, as we go through the next few years, where we should be highly accommodative but that could mean the fed funds rate above zero,” he said.

He noted that the so-called neutral rate of interest in the economy — where rates are neither supporting nor depressing growth — will move higher given forecasts of a strong U.S. economy. If the Fed doesn’t move rates up in tandem, it will be more accommodative.

Kaplan differed with noted economist and former Pimco chief executive and co-chief investment officer Mohamed El-Erian, who argued in an op-ed in the Financial Times that the Fed’s new three-pronged framework could effectively hold monetary policy hostage. “I support the framework,” Kaplan said. “We’ll have disagreements on implementation.”

Stocks ended mixed on Tuesday, with the S&P 500
SPX,

losing nearly three times as much ground even as the Dow industrials
DJIA,

eked out a gain.

Historian David Kertzer made a name for himself with his 1997 book The Kidnapping of Edgardo Mortara. The book covers the until-then-rarely-mentioned case of...
Read more