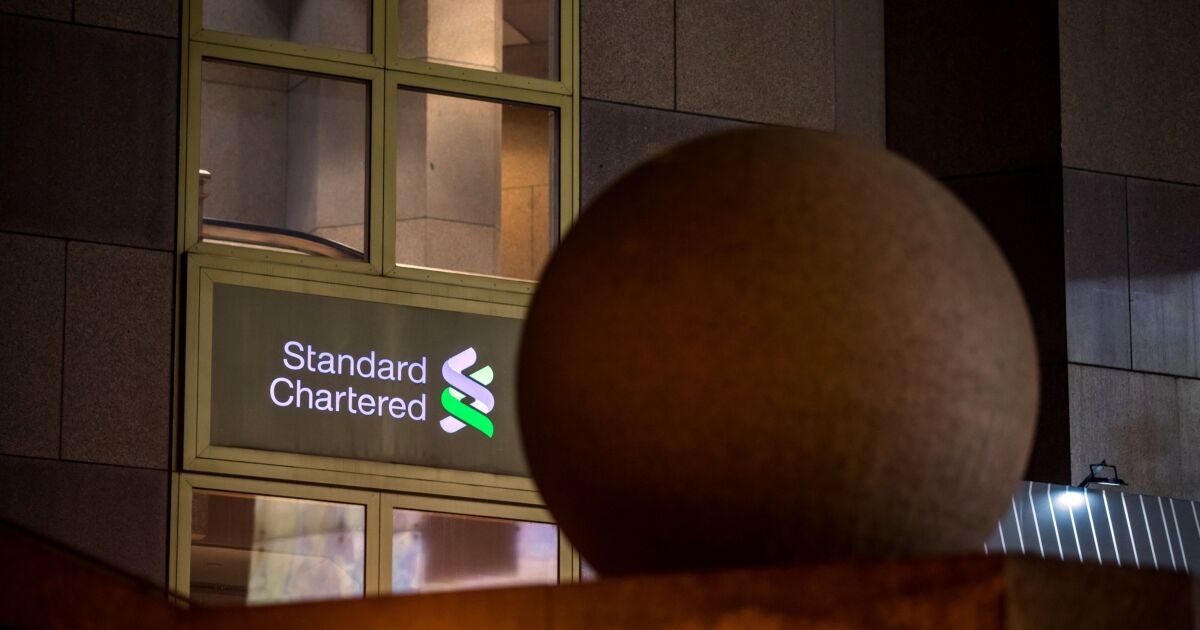 Banks and other corporations have generally taken a cautious approach to digital asset trading, whether it’s cryptocurrency or tokens, but a joint venture in Europe hopes to make such activities more approachable.

London-based SC Ventures, a unit of Standard Chartered Bank, is working with Hong Kong-based digital asset company BC Technology Group to establish a digital brokerage and exchange platform for institutional and corporate clients in the U.K. and Europe.

“The growth of digital-asset trading has drawn the attention of institutional customers, many of whom are looking to access the asset class for the first time,” said Usman Ahmad, BC Technology Group’s chief information officer and the incoming CEO of the joint venture.

BC Technology Group is a parent of Hong Kong Securities and Futures Commission and operator of digital asset platform OSL in Asia. The joint venture, expected to launch in the fourth quarter of 2021 after regulatory approvals, will be based in the U.K. with its focus on Europe.

The platform would connect institutional traders with counterparts across markets and deliver access to bitcoin, Ethereum and other digital assets.

Banks, government entities and corporations are seeing the advantage of having control over digital assets — whether they are security token offerings, digital asset exchange-traded funds (ETFs), or central bank digital currencies — because they complement innovations like non-fungible tokens, or NFTs, that represent real-world objects like music, art or videos.

An eye on innovation

The development of a digital asset brokerage and exchange platform further strengthens digital as an asset class, which means adoption among asset managers and corporations will increase.

“But it will also increase among other market participants that may be more unexpected, such as sovereign wealth funds and even central banks,” said Nicholas Philpott of SC Ventures. Philpott is incoming chief operating officer for the joint venture.

“Within the banking industry it will start to call into question a number of practices that many have grown casually accustomed to, but in the right context it becomes apparent that these practices have had their day,” Philpott said.

For one, the technology will drive faster transaction settlement for digital assets and offer system operations on weekends. This represents a significant improvement over the traditional “trade date plus two days” for securities transactions because it would provide users immediate access to sales proceeds and allow the execution of multiple trades on the same day.

“Bankers and investors worldwide should focus on familiarizing themselves with the technology that underpins digital assets, since the likelihood is that these same technologies will have an impact on all the other asset classes,” Philpott added. “The technologies are not impenetrable and can be learned; you do not need to be a computer scientist to understand them.”

For many banks and their IT teams, it will be “an exciting shift” because once they learn the basic concepts of the technology, other processes within the bank network can be transformed, Philpott noted.

“If you can settle trades almost instantly, how do you redesign your middle office and operations processes; how can you try and retain some of the benefits of netting?” Philpott asked, referring to the process in which banks or companies consolidate currencies and foreign exchange transactions into larger deals to benefit from improved pricing.

“This is where the brains and experience of the industry can really make a difference,” Philpott said.

Are banks ready to go modern?

Banks and other corporations have not been universally enthusiastic about new technologies. The digital brokerage and exchange would lower the learning curve for using similar tech in other use cases.

“These exchanges are in place for all digital assets, like NFTs, they are not just for buying and selling coins,” said Cliff Gray, senior analyst with The Strawhecker Group. “They are finding that the technology is good for all kinds of things.”

An overlooked element of banking systems — and the future of digital asset movement — is the ISO 20022 messaging standard being touted for cross-border payments, Gray said. ISO 20022 means much more than just making it easier to send along readable information and data about a payment at the time of the transaction.

“I believe ISO 20022 will have a bigger impact than people believe,” Gray said. “Banks are asking for it now because it streamlines everything, and its use will transfer over to these types of digital asset platforms.”

Because modern programmers favor the standardized messaging format, “it absolutely will be used on digital asset platforms in the future,” Gray noted. “This is where gateways came from to begin with … they knew certain formats and became the framework in front of old-school processing frameworks.”

Even though the Standard Chartered platform focuses on investors being able to buy, sell and safely store digital assets, it won’t be long before banks will see far more uses for digital assets within their own networks, according to Gray.

“Some of the banks pushing ISO 20022 are doing so because they want to incorporate crypto as an option for a payment vehicle at some point,” Gray said.

How the system works

It will allow customers to gain exposure to digital assets using tools they are already familiar with, ranging from the technical, such as trading through a Financial Information Exchange API; or the intermediate such as through a graphical interface or a human being.

“We take care of the complicated part,” the joint venture’s Philpott said. “We manage the settlement and interface with the underlying crypto asset networks through our custodians.”

Those custodians are Zodia Custody and OSL Custody. A partnership between Standard Chartered and Northern Trust launched Zodia Custody late last year, essentially seeking to do for digital assets what the two banks have long been doing in securities service for banks and corporate clients.

It established a bank’s traditional custody principles — risk management, compliance, security and governance — with the innovation of a fintech company to meet the standards for custody services on cryptocurrency assets like Bitcoin, Ethereum, XRP, Litecoin and Bitcoin Cash.

Ultimately, the joint venture’s digital asset platform is about “making the unfamiliar familiar,” Philpott added. “We want customers to be able to trade digital assets as easily as they can trade FX, rates, credit or anything else, with the confidence that their service provider meets the same levels of risk management and integrity they expect in more traditional asset classes.”

Beyond those factors, the “easy way” for banks and businesses to grasp this technology trend is to think about digital assets as another emerging market, Philpott said.

“Only, this one does not come with a sovereign state attached,” he added.

At 2am on the morning of May 11, Thomas Lauria poured himself a glass of Jack Daniel’s even though he was still at work....
Read more
Finance

Here is a recent paper by Andreas Hornstein and Marianna Kudlyak, noting that when the authors write “current” they are (were) referring to pre-Covid...
Read more

At 2am on the morning of May 11, Thomas Lauria poured himself a glass of Jack Daniel’s even though he was still at work....
Read more
Finance

Here is a recent paper by Andreas Hornstein and Marianna Kudlyak, noting that when the authors write “current” they are (were) referring to pre-Covid...
Read more
Stock Market

Don’t be fooled — inflation is a big risk for stock market investors. Here’s how to prepare